To learn more about technology and trends within the Martech field, subscribe to our blog.
Thank you!
Oops! Something went wrong while submitting the form.

6 Ways to Perfect Your Territory and Account Management Strategy

The territory fight: It’s the bane of every publisher and sales manager’s existence. All managers in the publishing industry have to deal with it, but there aren’t many who like to, and for good reason! The best sales reps are notoriously competitive, testing even the best manager’s patience, which is why having good account management rules is important.

The challenge is that if your rules are too strict, you won’t get the level of competition necessary to maximize your sales revenue, and if your rules are too relaxed, it turns into a free-for-all where sales reps are often pitted against each other. Then, frequent disputes arise, which wear thin on managers and impact your sales team’s morale. As any publisher knows, it’s not a small issue.

In this blog, I’m going to share my two cents on account management based on my 25 years of publishing experience.

1.  Determine how many accounts a sales rep can manage

Not only manage, but manage effectively.

I’d say the average maximum number of accounts a rep can properly manage is about 450, broken down as roughly 300 regular, or run-of-book, accounts and 150 special section accounts, but you should really be considering account caps on a case-by-case basis. This promotes a competitive system that new sales reps can thrive in, not just one that protects tenure.

In my earlier days, I required all reps to work 450 accounts, but as I gained more experience, I realized a flat number is flawed because of such broad variation in the activity and work rate per rep. I had many over the years struggle to successfully handle 300 accounts at a time, so I played with different strategies, and one of the tricks I discovered was basing the cap on the number of calls a rep averaged per week, multiplied by four.

Experienced reps who have strong relationships with their accounts may only call 50-60 clients a week, but these calls are longer and more meaningful. Thus, their cap would be 240 accounts.

Newer sales reps may need to make 125 calls to even get a meeting, so after multiplying that by four, you’ll determine their cap to be 500 accounts.

This is how you can motivate your reps to maintain their accounts, monitor their performances and make informed decisions to reassign accounts when necessary.

For each run-of-book account, I’ve found that reps should execute at least six calls over a three-month period or meet at least once within four months. Otherwise, the account is up for other reps’ taking.

An issue that arose here was inconsistency among how reps classified accounts. One rep might’ve classified an account as a special section that another rep thought could run at a far greater frequency. To combat this, I recommend each rep’s account cap consist of two-thirds run-of-book accounts and one-third special section accounts. This creates a challenge system where reps would have to give up an existing run-of-book account in order to make room for a specialty account to take its place.

Below is an Activity Report from Magazine Manager, which I created 22 years ago and has been used by roughly 10,000 sales managers to get an overview of what their reps were doing on a daily basis. The weekly bookings were obviously the bottom line, but I looked at calls and meetings to determine the appropriate account cap for each rep.

3.  Don’t leave room for confusion when it comes to caps and activity

One objection you’ll find sales reps make in response to account caps and activity requirements is wanting to keep a large list of accounts to mass email. The vast majority of publishers I’ve worked with agree that sending a monthly email does not count as sufficient sales activity to allow a sales rep to protect an account.

Reps can often pick up three or four accounts a month simply by sending mass emails, so this is an area they’ll go to the mat for. This is technically marketing, though. Ideally, you’d have a dedicated marketer or marketing team to handle this function.

If not, it’s okay to allow sales reps to do this, but these accounts will require their own category.

I’d recommend creating a third category for marketing rights where reps can keep their names on an account for the purposes of sending mass email promotions to them, but they don’t count for or against their account cap amount. The trick here is evenly spreading these marketing rights accounts among your reps and actively managing your customer relationship management (CRM) software. Unmanaged CRMs often end up leading to reps who have been around the longest owning all the accounts.

4.  Establish boundaries for divvying up accounts

There are several ways to distribute accounts to your sales team, but you should make sure each method has a proper set of rules in place to avoid confusion. Here’s what to consider when distributing accounts by geography, category and size.

Among the 16,000 titles using Magazine Manager, the easiest and most popular way we've seen accounts split up is by geography. To do it, split the country, state or city you work in into territories and distribute among your reps. It’s a clear and finite method; easy to understand, easy to settle disputes and easy to re-assign.

But, there is a downside I always struggled with as a publisher. Unless you have multiple reps competing against each other in a territory, it leads to complacency. I never liked individual reps getting a whole geographic territory to themselves. It works well when that rep is a superstar, but on the average team, only 10% of salespeople will be superstars, which means 90% of your territories can under perform.

If you use a pure territory system, my advice is to have at least two reps working in an area and competing against each other.

Another way to divvy accounts is by category. One rep gets jewelry, another gets airplanes and boats and another gets hospitals, etc. This method has its pros, with the main one being reps acquiring skills in a particular industry that then makes them great at selling a certain category.

I’ve witnessed it first hand. One of our sales reps would sell three times the number of doctors that other sales reps would sell. We tried to replicate her techniques, but no one else could do it; she simply connected better with doctors. So, we made her a dedicated rep for the category.

Exclusively giving reps a category has the same caveats as exclusive territories: you lose competition. But, because of the specialized skill sets and understanding that comes from working within an industry, I’m much more open to giving a rep a dedicated category than I would a dedicated geographic territory.

The final common way to distribute accounts is by size, and most publishers currently use this method. If you have a killer sales rep who gets significantly larger contracts than everybody else, there’s a strong case for that person to be working on your biggest accounts. It’s important to consider that this means you have centralized your business around one person. When he or she leaves your company, those major accounts might, too.

This method is risky but can be executed successfully when transparency is involved. Create senior-level titles to designate those who work on the “big stuff” from other reps. It can both decrease animosity within the team and increase motivation to one day reach senior-levels.

The grey area of account management presents itself in the forms of ad, PR and marketing agencies and clients with multiple locations.

In my experience, I’ve found that reps love to fight over ad agencies. It’s like a sport to them. I don’t recommend that any rep should own a whole agency as an account. Many agencies work with clients in multiple territories, so if an agency reaches out to a rep with a client outside of his or her territory, that rep should turn the account over to you, the publisher or sales manager, to distribute to reps in the according territory.

When a rep has a great relationship with a buyer at an agency, you can decide whether to split commissions and include his/her participation, but this can be a double-edged sword. With this knowledge in mind, reps may try and steer business to themselves, telling their agency to contact them first with new accounts.

I’ve found the best rule when dealing with agencies is to let an account’s geographic location take precedence over an agency relationship with another rep.

For clients with one location, it’s cut-and-dried; a rep within that territory will own the account. But what happens if a business has multiple locations? My two-part solution is this:

6. Keep an eye out for inactivity

You’ve done all this work to fairly distribute accounts among your reps based on different considerations. Surely now you can sit back and relax, right? Unfortunately, not yet.

Earlier, I talked about the importance of activity in determining the number of accounts a rep can manage, but how can you confirm there’s actual activity happening? I arrived at this same dilemma nearly a decade ago, which is why I created the Last Contacted search feature in Magazine Manager. It’s truly a bread-and-butter resource for our sales managers, providing insights on reps’ performances and informing decisions when it comes to reassigning inactive accounts.

Reallocate existing accounts and assign new ones to active reps

You should evaluate your sales team’s performance at least once a year, but preferably more frequently than that, to ensure no accounts fall by the wayside. Low call numbers, little-to-no progression on the sales continuum or a lack of signed contracts means it’s time to reallocate those accounts to reps who can get the job done.

Needing to take this action doesn’t necessarily mean a rep is bad; a client may be high on one rep’s list and low on another’s. A different rep may spark interest from the client due to increased contact and better engagement.

New accounts that reach out to your publication should be distributed among your sales team on a rotating basis, but it’s fair to reward reps demonstrating higher closing rates with larger accounts.

Accounts that aren’t in your database should be fair game for reps to claim, as long as the account resides within their territory. It’s likely that your best reps will be the ones finding new accounts to manage anyway, but this could also incentivize the less-engaged reps to see what’s going on in their territories outside of their cubicle walls.

This was a lot of information, but account management is a complex topic. No matter which practices you employ in your strategy, make sure to establish and communicate a clear set of standards for your sales team. This way, reps know from the start what to expect and what’s expected of them. I’ll send you on your way with this sample rule book I compiled to provide you with some ideas as you solidify your own account management strategy.

I hope that the recommendations I’ve provided you with today, based on decades of first-hand experience, will make the account management part of publishing a little less complex. 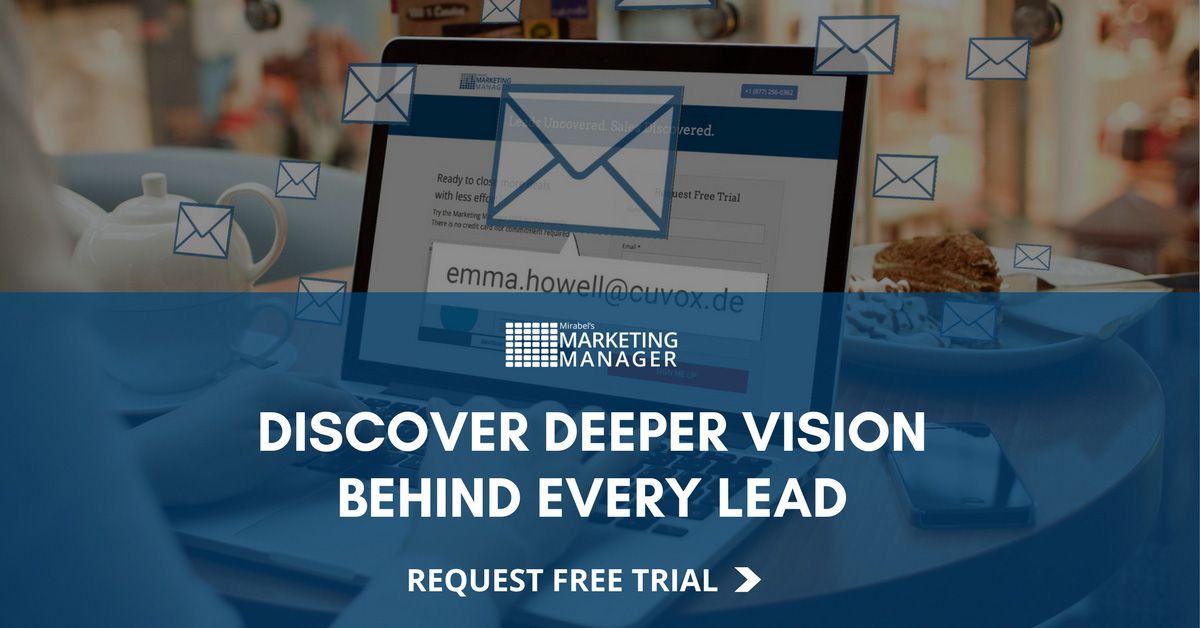